THE TRAIL OF THE CZECH TEACHERS

In connection with the 90th anniversary of the trial of Czech expatriates in Kharkiv, known as the trial of the Czech teachers, the Institute for the Study of Totalitarian Regimes (ÚSTR) is publishing extensive documentation relating to the entire case. The archival documents were digitalised at the Sectoral State Archive of the Security Services of Ukraine (HDA SBU) within the project Czechoslovaks in the Gulag – documentation of acts of political repression in the USSR.

The published archival file contains 73 folders with over 10,000 pages of Soviet security services (OGPU-NKVD-KGB) documents on the fabricated “espionage-diversionary and counterrevolutionary organisation of the Czech General Staff” and related cases, which were preserved at the Kyiv HDA SBU archive (fond 6, file no. 57288, vol. 1 to 73). Alongside investigative files on individuals from the early 1930s, it also contains transcriptions of court hearings from 12 to 14 June 1931, an instructional leaflet put together by the OGPU on the basis of the trial, documentation from the mid-1960s on rehabilitation of victims and the confiscated documents, letters, personal papers and photographs of those convicted. You can find excerpts from the documents, period clippings and family archives here.

The investigative files from the Kharkiv trial are the first collection published in a trial version of the Digital Archive of NKVD/KGB Documents relating to Czechoslovak history, which ÚSTR is creating in cooperation with the University of West Bohemia in Plzeň, supported by a grant from the Czech Ministry of Culture. It is a mere fragment of the thousands of investigative and penal files already digitalised by ÚSTR on the basis of cooperation with HDA SBU and the State Archival Service of Ukraine.

These documents, like a large number of other digitalised files, will be processed using software developed by a team at the Department of Cybernetics at the University of West Bohemia in Plzeň. Software transfers scanned documents, employing the OCR method, into electronic text form and then enters them in a specially designed database which enables interactive searches for words and short phrases and the use of a graphical user interface. The database will be fully functioning by the end of 2022.

ÚSTR has previously published studies by the historians Adam Hradilek and Jan Dvořák mapping the fates of two victims: Jiří Bezděk and Antonín Vodseďálek. Their stories were published in story-map form on the website of the Gulag.online virtual museum, which was jointly created by ÚSTR and the Gulag.cz association. The historians succeeded in tracking down and speaking to the daughters of both convicts. The interview with Antonín Vodseďálek’s daughter Zina Žantová was published in the press. The authors returned to the case in cooperation with Jaroslav Formánek in two chapters of the publication Czechoslovaks in the Gulag and the documentary series of the same title directed by Marta Nováková.


The trial of the Czech teachers was led by the representatives of the Supreme Court of the USSR in an OGPU secret police building in Kharkiv on 12 to 14 June 1931. It was evidently aimed at destroying contact between the Czech minority in the Soviet Union and their homeland, forcing them into complete sovietisation and in this way attempting to force the Czechoslovak government to recognise the USSR diplomatically.

At the time it was the biggest ever show trial of Czech expatriates in the Soviet Union (it was superseded in September 1938 when 80 Czechs were convicted and executed in Zhytomyr). Its name refers to the fact that of 21 convicted 12 were teachers. However, in that operation, between July 1930 and January 1931, the OGPU originally arrested tens of teachers, expatriate organisation leaders, farmers and prominent members of the Czech community in Czech villages throughout the Ukrainian SSR; in the course of preparations for the trial they were divided up into a number of made-up anti-Soviet groups.

The largest of those groups numbered 37 Czechs. They stood accused of espionage and counterrevolutionary activities in the service of Czechoslovakia and France, agitation against the Soviet government and collectivisation, religious agitation and economic and military espionage and diversion. The Soviets identified Jaroslav Štrombach, a Red Army officer of Czech origin, as the leader in the alleged network of Czechoslovak General Staff spies; he was executed on 27 March 1931.

Breaking with common practice, those sentenced to death were not shot immediately. Instead they and the others were first sent to a jail for political prisoners in Yaroslavl and later to the SLON correctional labour camp on the Solovetsky Islands.

Some of them did not survive the hardships of prison or the further waves of terror of the late 1930s, when they were executed. This concerned Josef Balaš, Emílie Čížková-Stračevská (and husband Boris Stračevský), Antonín Pavlas, Josef Pícha-Petrovský and Alexandr Vavřín. Antonín Vodseďálek’s daughter Zina Žantová was informed that her father had died on the war front. However, ÚSTR historians succeeded in discovering that he had died at the Uchtizhemlag on 9 February 1943. Rudolf Albert was also among those who died in the Gulag.

In the post-war period Jan Adamec, Viktor Plašil and Jiří Bezděk succeeded in returning to their homeland. Bezděk later led a tireless campaign for the release of their mates from prison. However, he himself was imprisoned unjustly, this time by the Czechoslovak Communists, in 1952–1960. After the war Josef Michalský and Vladimír Jakovlev also returned to Czechoslovakia.

However, the list of hardships endured by Czechs in the USSR under this operation does not end here. It is clear from the research to date that alongside the main trial at least 16 other teachers, farmers and workers arrested in 1930–1931 also received jail terms.

A few months before the 90th anniversary of the trial staff from the Czechoslovaks in the Gulag project were approached by Martin Bláha, grandson of Vladimír Bláha – convicted in connection with the Czech teachers trial as part of a hitherto unknown group of eight Czechs – with documentation on his case, which he had had completely translated into English. The fates of these victims of political repression and thousands of other Czechs in the USSR will be uncovered by ongoing research at the Ukrainian archives and further yields of the project.

The biography of the chief investigator of the case of the “espionage-diversionary and counterrevolutionary organisation of the Czech General Staff”, Pavel Petrovich Kiselyov, was prepared by the Ukrainian historian Eduard Zub.

Documents on the trial 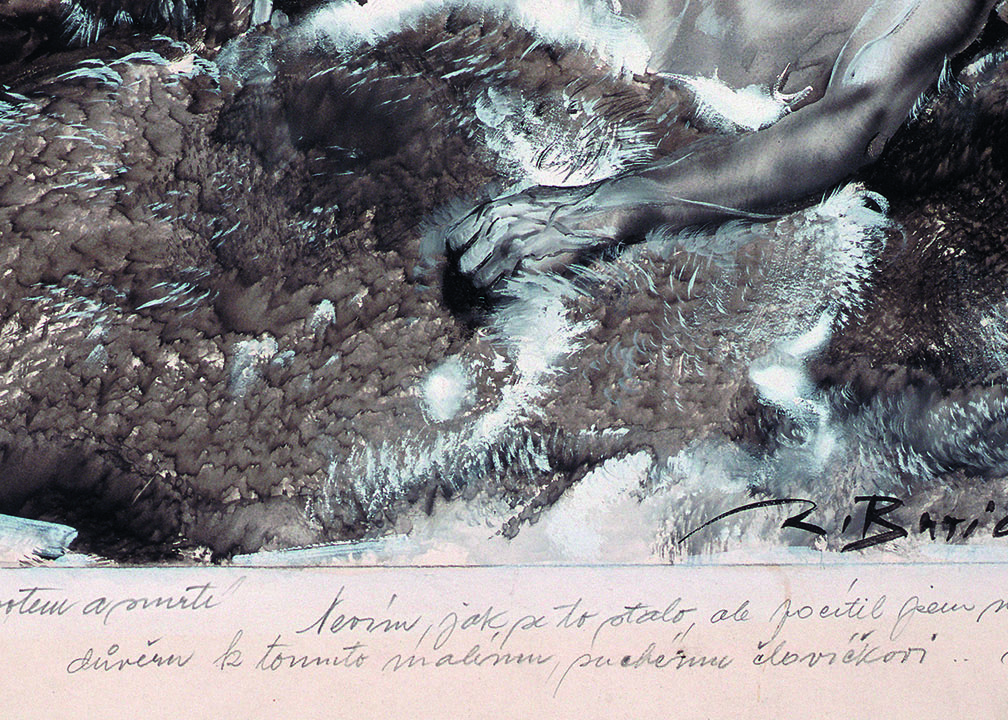 Excerpts of documents and photographs

Infographic on the trial in cooperation with Aktuálně.cz